I was lucky enough to get to attend Austin City Limits (ACL) this year!

Aside from the giant talents I got to see on the big big big stages was the group that moved me the most on the smallest stage.  The Gospel Silvertones.

It was Sunday morning and of course I was going to check out some gospel singing while in Texas.  I headed toward the “Sculpture Stage”, which is a REALLY good place to find some shade in the middle of the heat.  But that’s not why I was heading there this time.

There were about 20 of us audience members there at first, as the bellowing voice of Brian Murphy rang out, more and more filled in to now maybe 100.

Covering The Doobie Brothers, “Long Train Running”, I’m reminded “…without love where would you be now”?  Now they’re barking up my tree.  A nice mix of gospel and pop songs that relate to their message of love keep flowing.

Toward the end we are prompted by Mr. Brian Murphy to raise our right hand in the air, then our left.  Here we are left hanging for a moment, then the moment of synchronicity hits when Brian says “Now, Wave at that person next to you, and then on the other side, give everyone a Wave”.  Wait, WHAT?!!  Did this guy just do exactly what I set out to do on my own?  Yes, YES indeed!

This was my vision to get this concept moving.  To give this concept to performers to spread.  It’s soooo natural for them to do this themselves.  They get it back in spades when they simply lift a finger at a show.  Why not give your audience permission to spread this to their everyday life?

And what happened with all the Waving?  Smiles!  Miles of smiles.  We all connected.  We all “saw” each other, if only for that moment, it made a difference.

A great story about connection here:

Why You Should Smile at Strangers by Stephanie Pappas

People who have been acknowledged by a stranger feel more connected to others immediately after the experience than people who have been deliberately ignored, according to study reported here today (May 24) at the annual meeting of the Society for the Study of Motivation.

This is the basic premise behind waving to someone…. Acknowledgement.  It’s simple, doesn’t take too long, and gives. 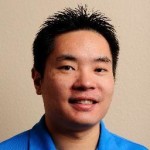 A disturbance traveling through a medium by which energy is transferred from one particle of the medium to another without causing any permanent displacement of the medium itself.